Although we aimed to compile a long list of female icons, those were inspiring enough to challenge the societal norms and values in the Egyptian cinema industry, but it is still challenging to find a big quota of such movie characters in an industry which is responsible for targeting the mass collective consciousness.

However, there are few imprinted movies in the history of our cinema, which tackled feminist issues, ranging from fighting sexual harassment, to gender bias in the workplace, including fighting against patriarchal laws governing our legal bodies and more.

Here’s a list of inspiring female protagonists that are brave, emotionally and mentally strong with a deep conviction in their causes.

Taha Hussien, Egypt’s Nobel laureate was successful enough in portraying one of the harsh realities of the female doomed condition in Egypt and the Arab world in general. In his masterpiece “The nightingale prayers”, specifically in one of the eternal phrases in the cinema history when our societies tend to condemn the prey, rather than the hunter. Ironically, the protagonist hobby was hunting birds as well as women, hinting a strong metaphor to the message Hussien wanted to deliver to the audience. 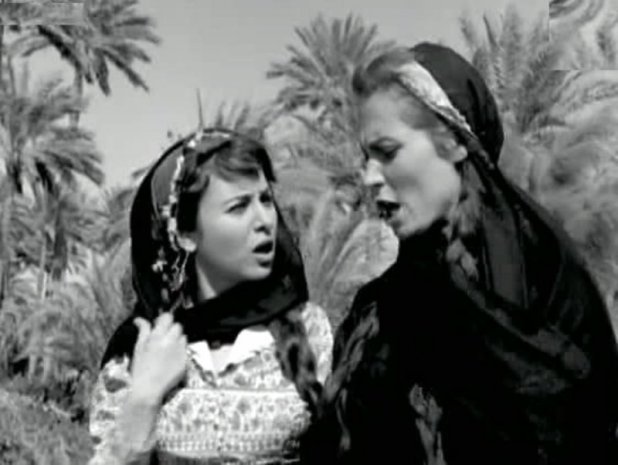 The story, discusses two sisters, a rebellious one, featuring “Faten Hamama” or “Amna”, and a submissive one, featuring “zahret Al-Ola” or “Hanady”; both used to serve at the house of a successful engineer, yet a serial predator for his vulnerable servants.

The elder sister fell in love with the predator, before he raped her as he manipulated the theme of love for her, however, upon the knowledge of her family, her uncle killed her in cold blood because she brought “shame on the family name”, although this elder sister is the victim of the man’s ill-mannered behavior geared towards vulnerable women, because in rural areas hitherto, the woman is always the guilty creature, not the man.

Contrary to her sister, “Amna” is an audacious and an emotionally strong woman who decided to trace the footsteps of her elder sister. However, she herself fell in love with her predator, but she was morally-strong enough to reject his multiple sexual advances towards her, portraying the master scene of the film when she successfully let the rich owner kneel on his legs submissively in lust towards her, hence reciprocating what he used to do to his innocent victims, interestingly, choosing later to save her life by taking a bullet instead of her when her uncle decides to kill her, as well.

Amna, portrays a successful female heroine in the Egyptian literature, because she rebels against her family’s norms and mother’s beliefs that her elder sister should be killed for dishonoring the family. Further, the character’s strength is represented in the fact that she decided to revenge for her sister’s killing by attempting to poison her master, while being mentally strong enough to understand his sexual advances towards her and stand firmly against them and even crying when he decides to rape her, letting him admire and, even, love her for such strength he had never witnessed before.

Doria.. I Want a Solution 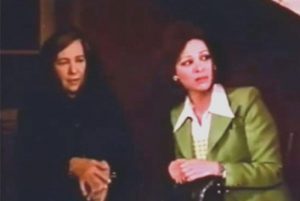 Doria, is one of many Egyptian women portrayed in the 1970s, living in a male dominated society when the husband is equipped with his full power to verbally and physically abusing his wife, while she is not allowed to file for divorce from her drunk, cheating and abusive husband who tells her that she is no different from a piece of furniture in his house, worse even her brother whom she used to call for help, showed little reaction to his sister’s plight.

Indeed, Doria, the role which was played by “Faten hamama” is another female icon in the Egyptian film industry, since this film written by late “Hosen Shah”, based on a true story, acted as a soft power to alter the patriarchal laws of our societies, because this film was a flame that led to adding articles stipulating the wife’s right to divorce in the event that both sides fail to prove the other’s culpability.

Doria, is another strong figure, who decides to withstand the congested Egyptian legal system to ask for her right to divorce because she cannot stand living with her abusive husband, and she considers this justification as a reason for her right to divorce, while the society does not consider perversity nor abuse as justifiable reasons for divorce, and her misery is shared by another woman, “Amina rezk’” who represents another example of multitudes of woman in similar positions of husbands refusing to pay their wives their fair share of alimony after divorce. 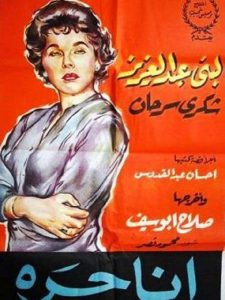 In a deep, multi-themed film, “Amina” featuring “Lobna Abdel Aziz”, is a rebellious woman who is tormented by her inner voice of consciousness, when she seeks to create a meaning for freedom in her world. A film, produced in the 1950s, yet ahead of its time, discussed the effect of conservatism and authority on the youth by either parents or by domineering bosses at work.

Throughout the film, “Amina” is on a journey of soul-searching to find the meaning of freedom. Firstly, she used to imitate her friends by partying till late night, but lately she realized that freedom is coupled with financial freedom mainly, so she gains inner peace of mind, resorting to balance her freedom with working hard on her studies.

Secondly, the theme of freedom against her authoritative manager at work is shown in the film, because her manager enslaves his employees by stating that their time belongs to his firm, and finally the main theme of the Nasser’s era, was the national freedom of fighting against British Colonialism, when she fell in love with the political activist, “shokry sarhan”. It was only at this point, when she started to find a true meaning to her life, by having a cause to live for.

One of the best scenes of this movie was when she confronted women of her town, by stating that she is more courageous and less than a hypocrite as they were, standing firmly for her causes of liberation in life.

Fatma and Esmat .. Miss Fatima and My wife is the General Manager 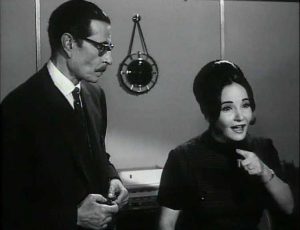 Two films tackled comically the issue of the women holding men-dominated fields under the theme of the gender bias; whether it was “Ostaza fatma” when the protagonist decided to be a lawyer, strong enough to echo her voice in courts while all her co-workers belittled her efforts leading her to lose her confidence in her long-awaited dream.

While the other one was “My Wife is the General Manager” or “Meraty Modeer a’m”, when the protagonist was mocked for being a woman heading a group of men, including her husband, to the extent that “pious” employees question his ability to Shake her hands, while others doubt her pregnancy status, without hinting to any task-related skills.

In both films, the themes were consistent to shed the light on the male dominated jobs of our world, until only brave women deeply believing in their causes decide to invade the men’s world successfully.

Camellia.. Dreams of Hend and Camellia

“Mohamed Khan”, is known for his feminist causes, and although all of his films are masterpieces, however, “Dreams of Hend and Camellia” represents one of his best directions.

“Camellia”, is an emotionally independent woman only led by her strong-will for independence, unlike her friend “Hend”, who dreams of marriage, stability and finding a man to support her as her utmost dreams in life.  Both girls work as servants to support themselves, yet both women’s financial efforts are reaped by their relatives for their own recreations.

She is a divorcee, who seeks a second divorce from her husband, for his abuse, and firmly believing that she is the creator of her own destiny, she decides to work to support herself, firstly as a servant, and secondly working in a street market to sell vegetables.

The strength of the character is portrayed by her unwavering ability to laugh at the face of life’s setbacks, even at the closing scene when she becomes a victim of a swindle shedding her dreams into pieces, yet she is still determined to work hard to achieve her dreams, as long as she is on her own, with her friend, and their young toddler; all being well and fine.

“Camellia” presents a new genre of women in the history of the Egyptian cinema industry after capitalism, that sort of poor toiling masses, yet always able to put a smile on their faces out of their confidence that they are the creators of their own destinies, without the need to wait for a man to achieve their dreams or to rescue them from their miseries.

Nagwa .. In The Heliopolis Flat

One of the eternal films of Mohamed Khan is “Fy shaqet masr gedida” or “In the Heliopolis flat”, featuring Nagwa, a 28-year-old music teacher from the conservative Upper Egyptian city of Minya, comes to Cairo in a school trip, in an attempt to search for her childhood tutor in Cairo, just to ask her about the meaning of love. 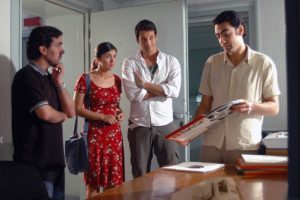 “Najwa” overcomes the restrictions of her upbringing and follows her heart in a quest to affirm her belief in true love. She is another example of emotionally strong and independent women, but in a different genre from all the previously mentioned icons; she doubts the idea of marriage for its own sake, even if she is approaching her thirties, and she decides to leave her home town, coming to Cairo which she knows nothing about, yet she is searching for her a cause she believes in.

On her journey, “Najwa” discovers that she has a power that she has never thought to have. She broke the restrictions imposed on her, and fought in several battles in a city, she does not know anything about, and impressed all whom she met in this city, even if she owns a different mind. She has added something to the others’ lives, and finally found what she was longing for.