For these reasons… Islamic Feminism in Tunisia is increasingly developing

Many believe that you can either be a Muslim or a Feminist, but you can’t be both, some see women in Islamic countries are suffering from a brutal reality, while others see that Feminism is to drag women away of Islamic path and rules. On the other hand, a wide sector of Muslims insists that Islam is the most Feminist religion, and that Islam and feminism are compatible, thus the result of this mindset is the evolution of “Islamic Feminism”.

Islam recognized women’s full personhood, including having a dowry of her own, and the necessity to have her own consent to marriage, elevating the woman from the status of any objectification, but this doesn’t hide the tragic reality in Muslim societies, and prevalence of honor killings, child marriages, polygamy, beating wives, or female genital mutilation.

Such misogynistic acts have nothing to do with Islam, but perpetrators claim that “it’s has own right according to Islamic verses and rules”, sticking to old and misleading interpretations.

Some Feminist Scholars link male sexism in Muslim countries to the situation of these countries, where men are affected by colonialism and military invasions, then they can’t be deprived of their last source of pride, their domination over women.

As well, this reality can’t be generalized on all the Arab region, especially that there are some exceptions, and in the forefront, Tunisia, which is viewed as being ahead of most Arab countries on women’s rights. Lately, Tunisia lifted a 44-year ban preventing Muslim women from marrying non-Muslims, and equated between men and women in inheritance terms, without any discrimination between both.

Noting that, Tunisia is the only country in the Arab Muslim world where polygamy is forbidden by law. The Personal Status Code passed in 1956 by late Tunisian President Habib Bourguiba prohibited polygamy, gender inequality, facilitated women’s ability to obtain a divorce, banned forced marriages for minor girls.

All of these landmark steps are taking place thanks to the Feminist movement there, without excluding the Islamic feminism wave, which receives a very little attention, because most scholars consider Tunisia as a westernized country, but the fact is not as this, especially after it has been clear that Islamic tendency movement, like AlNahda has a popularity among Tunisians, and can’t be underestimated.

Tunisia: The women’s rights champion in the Arab region

At similar times when Egypt was having its own political revolution, at 1952, led by Gamal Abdu Nasser, focusing mainly on the economic and political radius shift of the country towards the labor and the peasants’ rights rather than the nobility, Tunisia was focusing on its social revolution led by Habib Bourguiba in 1957 who focused mainly on the social equality of men and women before the society and more importantly the law.

Bourguiba called himself al-muğāhid al-akbar, the great performer of ğihād, and all he did, although at times really far from tradition, was intended as a new and developed reading of the religious sources. It is noteworthy to mention that he was the youngest of his family, who lived with his mother and his two sisters most of his early childhood, so it is suggested by many scholars, that his family background played a role in opening the child’s eyes to the excruciating house hold demands required from the woman compared to the man, worse, his mother, whom he never stopped from dreaming of – as he said – died when he was only 13; perhaps these reasons combined made him hitherto the only Arab leader seeking to protect women from our relentless sexist societies, so that his childhood had affected his political and social decisions to a paramount extent.

Presented in 1956, yet being into effect since 1957, the Code of Personal status (CPS) was released, granting women the right to have a say in her marriage, the right to have her divorce in front of a judge at courts, further allowing women to work since this preserves her dignity as the president said, in addition to raising the marriage age of women to 1, alongside the fact that she is entitled to education, leading women birth rates to decrease while increasing their participation in the economic spectrum of the Tunisian life.

Tunisian women are now having the highest illiteracy rates, and being the most highly cultured women of sophistication, holding reputable economic positions, and thereby, contributing to the national welfare by owning their business and employing others.

Moreover, the crown of those radical societal improvements, was by abandoning polygamy, as well as, banning Tunisian women from wearing hijab in state offices, extending this ban to educational establishments, in 1981 and 1985 respectively by amending laws no 108; which set Tunisia on the height of modernity compared to the MENA region.

Although such improvements became stagnant, during the reign of “Zin Abedin Bin Ali” who preferred to include the Islamic conservatives within the political sphere under the name of securing the Arab Islamic identity of Tunisia, only until the political tensions broke the honeymoon with Islamist that he encouraged the then, first lady of Tunisia, to discuss and apply the women and development program on the ministerial level, within 1992 -1996.

Then, in 1993, the Amendment no. 93-74 of July 12, came to give wives the right to transfer her patrimony and nationality to children to the same extent as husbands, even if she was married to a foreigner, at the times when women in KSA are not allowed to open a bank account on their own without the Mahrem, or the man figure of the family.

Furthermore, the constitution makes it obligatory for spouses to be treated with kindness and to participate in the management of the home, since it aimed to renew the women’s perspective, as becoming on the same equal footage as men are, outdoors and indoors as well.

On July 26, 2017, the Tunisian parliament approved a bill aimed at ending “all violence against women”. This step comes after women’s rights activists have spent decades pushing for this type of legislative change. 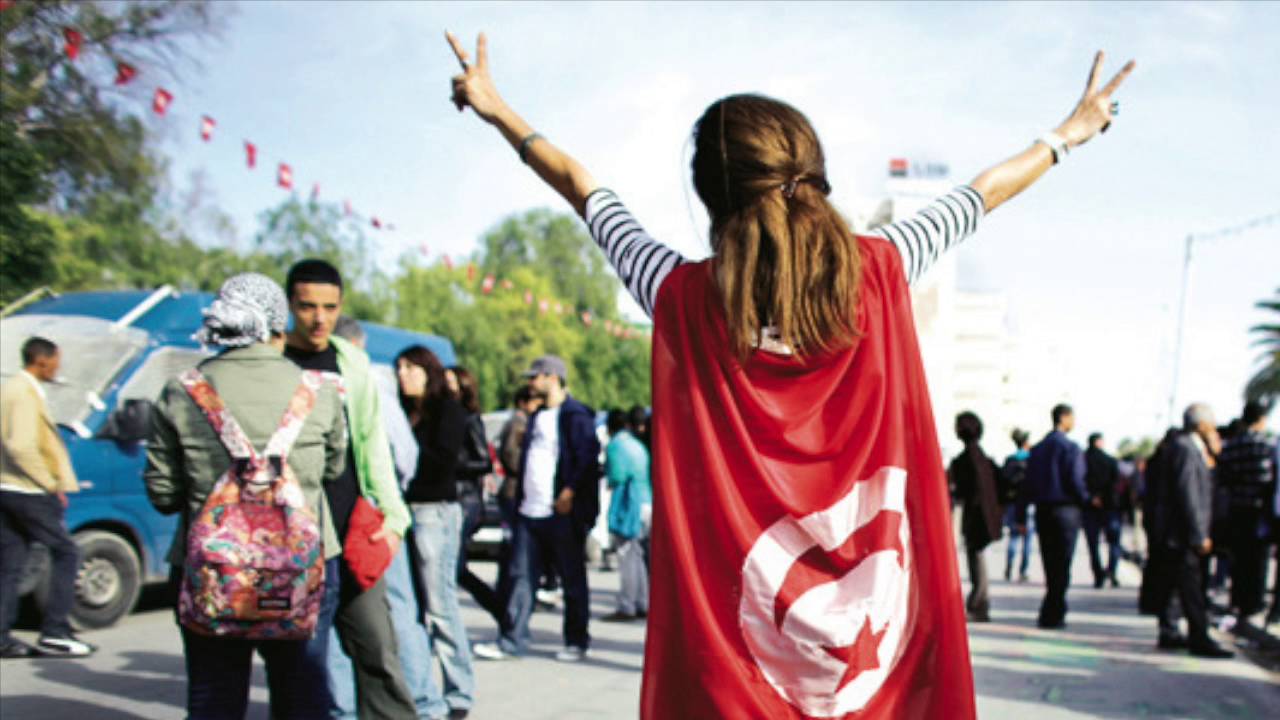 Another milestone was presented on August 13th, 2017, when President Beji Caid Essebsi, coined two controversial bills for societal discussion; allowing Muslim women to marry non followers of Islam, and allowing an equal percentage of wealth inheritance, which is a sticking opposite to the applicable teachings of Islam in the Arab world.

Islam encourages Igtihad, or using one’s own mind to reach the reality of certain matters by encouraging interpretation and rewarding it too, alongside believing in the relativity of time and space abstractly, so that Dr Mostafa Mahmoud stated in his book, that everything in Islam, is subject to change except the basic Islamic five pillars including that God is the one high supreme being.

Perhaps the greatest problem of Islam, nowadays is our Imams, reminding us to a great extent of the Christian clerics and the Rabbis of the medieval Europe, who do not represent any new interpretation of the holy texts to be convenient for the dynamic life and its complexities, although the Roman Catholic church of Rome, is seeking to back up scientific researches such as the Darwinism theory which was condemned years at the time of Charles Darwin, to fit the cycle of life, instead of its alienation, and more importantly for such religious institutions to not lose its followers.

Contrary, it seems that AlAzhar doesn’t wish to follow the flow of our dynamic life, preferring stagnation, thereby death, indeed similar to what Azhar is now practicing, since it does not encourage Igtihad nor teach critical thinking skills through a vision for a better future, prohibiting the books for example, of Nasser Abou Zayed and Farrag Fouda from being taught, at least for debatable reasons between modernity and conservatism.

Tunisia was successful enough in limiting the intervention of Az- Zitouna University and protecting the public sphere from its archaic explanations, which was explicitly punishing its leaders who fled the country, after they accused them of disbelieving which is known to be the ready-made accusation to any new interpretation, rather than their ones, similar in its essence to Hersey of old Europe!

The late Bourguiba ended the relationship between university and mosque, and in 1961, the University of Tunis opened the Faculty of Theology and šarī‘a. As a consequence, women could become scholars in religious studies with an approach different from tradition. These women studied during the Seventies and are now full scholars who challenge the Islamic fundamentalism within a religious discourse.

Unlike other Islamic feminist movements, that draw on Islamic sources to promote women’s rights, in Tunisia women’s rights discourse developed by Islamic feminism refers mainly to equality in personal value, freedom of choice and focusing on the complementarity of man and woman in society.

Next Post
Yes, I am a feminist and I wear makeup with pride