The horizon of 2017 (The Year of Women in Egypt) had been defeated, and we still have deep wounds, which persist for another year, looming over to increase the misery of the Egyptian woman, while KSA has loosened the strict grip on women, allowing Saudi women to drive for the first time in the kingdom’s history, and allowing them to attend major sports events, in light of its promised reforms. While in Tunisia, women have widened their scope of freedom by amending the inheritance laws, and equating between men and women on the same legal footage. Similarly, Iceland became the first country in the western world, to legalize equal pay between men and women.

In Egypt, still there are outdated laws and certain cultural taboos that need to be addressed for the betterment of the women’s condition in Egypt, because if 2017 was the year of women, the output denied the terminology, thus: when will the Egyptian women’s misery be legally addressed?

Marital Rape: When will we consider it a Criminal Offense?

Marital Rape is the act of forcing a wife to have sexual intercourse without her consent. In Egypt and all the Islamic patriarchal societies, such a matter is a taboo, especially in light of a deeply rooted culture, expects a wife to satisfy her husband sexually as an obligation, while in fact and as many countries consider, Marital rape is a form of domestic violence, but legally it is still not considered an abuse in the Egyptian laws, despite of  its own physical effects of injuries to the female vagina, such as “vaginismus”, which affects her reproductive organs abilities as well as her urination control, and child births and delivery. Worse psychologically, the constitution does not protect the woman from her abusive husband, normalizing the matter of husbandry abuse, although for women it is hurtful to face her harasser on a daily basis with no means of protection.

Recent reports issued since 2016, have shed the light that husbands consider their wives bodies’ as their personal property using aggression during sex without mutual consent.

This consideration takes us to another side of the tragedy, which is the absurd Fatwa called for “the farewell intercourse” implying that a man can have intercourse with his wife after her death. The one who released this fatwa is a professor at Al-Azhar University, which suspended him, after the rage and despair, that followed his fatwa, but he had not faced any legal penalty.

Depriving women of their inheritance is one of the deeply rooted cultural epidemics. According to Dr. Ghada Waly the minister of social solidarity, there are entire towns in Upper Egypt, which deprive women of all their inheritance ownership, obliging them to marry within their family ties and receive a small amount of money called “Redwa” in return for giving up their legal rights. Lately, the parliament approved an amendment, to inheritance law, imposing strict sanctions on those who disinherit members of a family, particularly women, from receiving their rightful shares, but this doesn’t mean that the violations in this regard will diminish, because there are many other barriers, which hinder this, like the patriarchal culture, and the enforcement mechanisms, and women’s fears of reporting such issues. 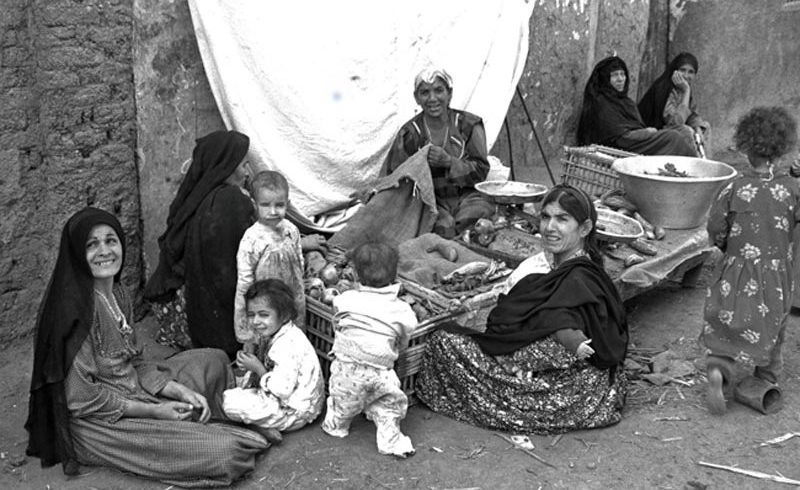 Although Egypt repealed article 291 of its penal code, which had allowed rapists or kidnappers to escape prosecution by marrying their victims, since 1999, but this act is still happening and preferred by the wider portion of survivors’ families.

What stands behind the persistence of such actions, are the traditional interpretations of the family’s honor and shame, which is tied to the virginity of women and girls, in addition to the leniency of the authorities toward such issues, which relate to rape or harassment of women, and the promotion of the idea of honor at the expense of punishment, allowing the families to accept their daughters’ marriage to rapists.

Sexual objectification is the most factor that plays a part in rape culture prevalence, and as long as women are viewed as objects with no feelings or opinions, created to be dependent on men, so it is clear enough, why she is forced to shut up and accept the trauma as if nothing happened to her but to her family’s reputation, and she is responsible for this.

When will we Open all Judicial and Leadership Positions to Women?

It is astonishing that the State Council refused to appoint women as judges in the council, as part of the Commissioners Authority of the Supreme Administrative Court appeal justifying that the council has the freedom to appoint personnel at its discretion, claiming that this stance does not reflect discrimination against women, but it is both contradictory and absurd, especially after the Commissioners Authority of the Supreme Administrative Court rejected an appeal to appoint female judges to the State Council, and this decision was in response to an appeal filed in early 2017 by Omnia Gadallah, who objected to the State Council’s refusal to accept her application for the position of assistant delegate, which is the first step toward being appointed a judge at the council.

Also, the fact that there was the first ever Egyptian female governor appointed in Beheira, named “Nadia Abdou” in February 2017, is a milestone in that regard, but still lots need to be done, for women in the judicial and executive realms, since the parliamentary percentage for women is satisfactory than the years before, after granting 89 parliamentary seats to female MPs.

40 % of the toiling masses of women are illiterate and work to support their families… When will we do at least to include them in the formal sector?

Illiteracy rates are high among women, exceeding 40% (according to: Egypt State Information Service), which constitutes not only a social challenge, but also a barrier to their economic and political engagement. As a result of this fact, most of those women are working in the informal sector.

One of the feasible and the easiest matters which should be cured from that bleeding situation is; educating such women and alleviating illiteracy in rural areas in particular, because mostly a strong and an emotionally independent woman will be less likely to accept any form of abuse or inferiority, preferring to preserve her dignity instead.

Also, the government can create an Investment Supreme Committee of “one stop shop” to facilitate the paperwork of the informal business, and making this committee mobile every 3 months in a certain governorate to include most parts of the peripheral areas. Such is set to help extricate such women from their poverty of living and save them from dying unrecognized.