Upward Sloping: Reasons behind the Deep Correlation between Self-Objectification and Media

“Self” or “sexual” objectification has a strong resonance in the feminist thought, because it’s regrettably more common among women to be used as sexual objects for men’s own pleasure. Women objectifying includes denying the women’s subjectivity and dealing with her as an object of ownership, not an active subject in her own right, thus objectification, goes beyond summing up the woman’s body parts to undermine her own mental capabilities, as a functioning human being on her own.

At old times, objectification was directly linked with prostitution, as being the mere job of “selling” a woman’s body to a man, at brothels and pornographic art performances. Nevertheless, in 1949, the women objectifying became a serious topic for discussion among academics, after Simone De Beauvoir published her book, “the second sex”, drawing women’s attention to the fact that they are the main agents and actors of their own lives, instead of coming second to men.

Sexualisation of Women in Media is Guarded and Supported by Women

Worse enough is that women are the willing party to engage in self-defeating behavior, as we have seen some women do apply for jobs which tend to undermine their dignity and self-worth, like accepting being models featured on the sexualised covers of magazines. As well, not only are such women objectifying themselves, but other women such as the CEOs or the journalists of leading misogynistic newspapers, use objectification as a tool of publicity and achieving more revenues, like “Christie Hefner” who is the former Playboy Enterprises Chairman.

As well, one of the most remarkable examples upon such objectification is the Kardashian-Jenner sister-clan, when each of the five girls daily compete in uploading on the social media pictures of themselves soaked, almost naked, in the sun, with a particular emphasis on their big feminine equipment, and newspapers such as the Sun, the Daily mail and other tabloids are very welcoming platforms describing women’s nude photos with words such as “enviably physique” and “displaying incredible sensational body. 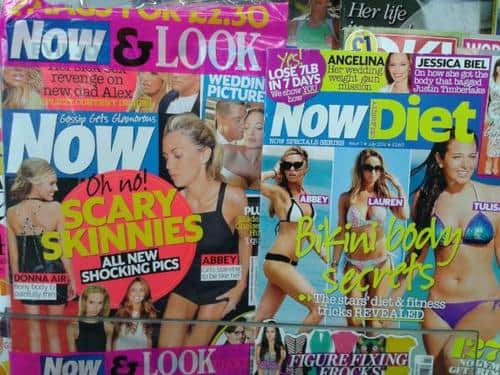 The Relationship between Online Social media and self-Objectification

Regarding self-objectification, a study released in 2015, suggested that Facebook could be having the same effect as fashion magazines, but currently, many researchers believe that social media is associated with higher levels of self-objectification than traditional media, because such websites contain more images and advertisements related to women’s appearances, which may cause social media to have a greater impact.

A recent media Research found that appearance comparisons play an important role in self-objectification among women on social platforms like Facebook and Instagram, suggesting that viewing images of other women being sexually objectified in media, makes women in turn feel objectified themselves. Facebook has turned into a photo gallery, and women photos grab a lot of attention, as it does not matter what they do in these pictures, but what matters is how they appear. As well, the advertising space which treats women as mere bodies has widened on this platform. All of this, encouraged young women to tolerate the idea of objectification and to practice it themselves.

Self-Objectification in online social media and Facebook in particular, has become much worse than traditional media, because of the strong relationship between it and users. Spending more than seven hours (as some studies assume) on Social network platforms increases unconsciously the appearance comparisons to images of themselves, close friends, distant peers, and celebrities, and this deliberately leads to self-objectification.

If men do have a deep-seated role in the process of female objectification, women themselves do lead the way nowadays by being the initiators, because simply, if all women decided to not engage in any objectifying behavior, the whole pattern of slavery will be halted, but this is not the case.

Amongst such objectifying messages is when the singer “Beyonce”, named her song, “check on it” explicitly encouraging the man throughout the lyrics to check her feminine equipment. Similarly, the pussycat dolls, as well as, Kesha’s lyrics encourage overtly sexual acts; let alone the live performances of such singers compared to the feminist lyrics of Taylor swift for example, so that the male comedian Dave Chappelle mockingly stated that “women are sending confusing messages to men”.

As well, in the “Entity magazine”, the writer Mquind argues that women send confusing messages, such as Nikkei Minage who sang the feminist lyrics of “Anaconda”, while the video of the song exudes sex at every inch of the process. Even when there is a strong current trend of how the lyrics of women singers should be empowering, it’s only referred to sexual empowerment as dominant lovers, but not any sort of intellectual empowerment, so still used as objects. Also, Stacey and Farah are columnists in the Daily mail, who dictated women on outer beauty, such as the recent topic of instant softening.

The well-known Journalist and writer, Ariel levy, stated in her book “Female chauvinist pigs : women and the rise of raunch culture” that women are now leading the “raunch culture”, where each one is striving to be the “hottest” and the sexiest girl in the neighbourhood, especially when American programmes such as “Playboy Bunny” and “man’s club”, foster such a stereotype of reducing women’s all whole identities into the sum of their body parts, so that the “Man show” ends with girls bouncing naked on trampolines.

The writer argues that it is now widely accepted that women are “exploding in little bursts of exhibitionism”, but not for performing art, it is solely for the sake of gratifying men’s own pleasures. She explains that there are current associations between beauty and attractiveness to nudity, although being hot does not render a girl, beautiful nor attractive, it only puts her on the pedestal of public display as a mere object, left for those who can afford more.

The main theme behind Levi’s book is that men are no more to blame about objectifying women, but it is women who are the prime leaders for their own sexual objectification. This is because women attempt to overcome their own societal oppression by acting like men-chauvinists, or by needing to gain status through embodying what society portrays as the ideal object of male desire. One can refer to the example of women competing for Donald Trump’s beauty pageants as a viable example of the need to gain status and money, which is a form of “polished prostitution”. 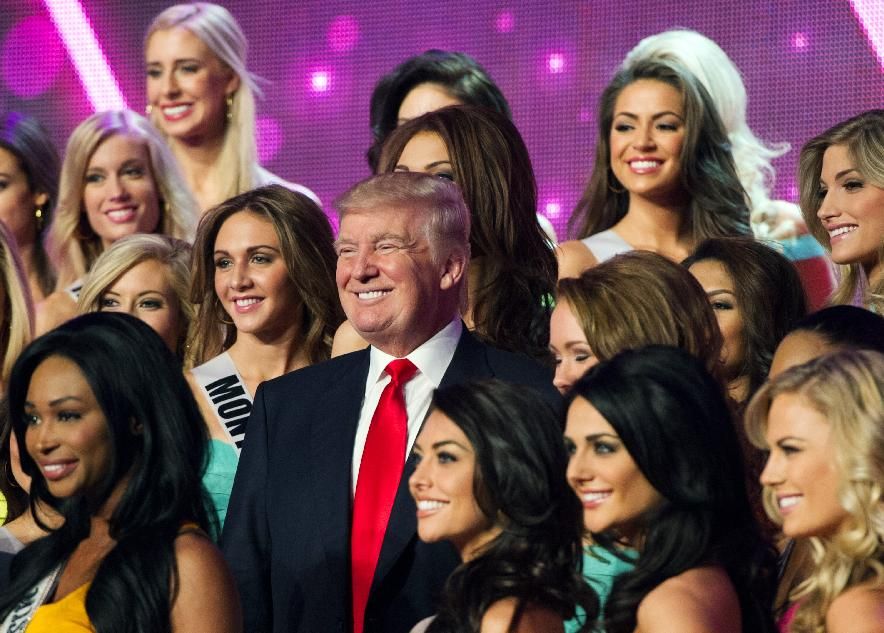 Next Post
It’s Not New: Sexual Assault in Hollywood is as Old as Hollywood itself