Drama is not obliged to reflect real life from only one perspective.

How could we ask the drama creators not to show sexual harassment scenes while this happens in reality?!

We must benefit from deep artists’ experience for research.

The project «Merayat» doesn’t only analyze the content, but the general perspective given in the series.

If our analysis aims to censor the series, drama creators must refuse it.

When Ramadan started earlier this year and the competition among Egyptian TV series began as usual, while the critics and analysts were prepared for the yearly Season of Drama, “Tadwein Center for Gender Research” declared the launch of «Merayat» project that aims at analyzing the TV series in collaboration with «Wlaha Wogoh Okhra» online platform and «HRDO Center to support digital expression».

«Merayat» project is funded by «SouthMed WIA», and co-founded by the «European Union» under the «Med Film Regional Program».

After following the project’s activities on social Network sites (Facebook, Instagram and Twitter), we found that they do not only analyze woman’s portrayal in drama, but also look at the violent and discriminating scenes based on the gender. This was revealed through series of scenes the project shared on its pages which are taken from the TV series screened during the month of Ramadan, and this was in relation with facts and statistics.

Moreover, «Meraya» announced in a press release (published on 18th May, 2018) that they are working hard to avoid the common mistakes encountered in previous analysis and reports because there weren’t any positive effects in the last four decades regarding the women’s representation in Drama.

According to the statement, «Merayat» insists to work hard in order not to concentrate on woman’s portrayal in Drama, with full ignorance to the marketing, artistic and creative aspects that contribute in the Drama’s production.

After Ramadan, The team of «Merayat» worked day and night to create a well-trained crew to work on the analysis. They also did interviews and established a training for three consecutive days. The participants were trained to monitor according to the gender perspective in preparation for the analysis process that started in July.

The artist and the singer Fayrouz Karawya is responsible for managing this project. She was chosen for this task not because of her artistic background only, but because of her cultural and artistic contribution in Egypt. Not to mention, she received her masters from the AUC (American University in Cairo) specialized in cultural studies.

«Wlaha Wogoh Okhra | She Has Other Faces» interviewed Fayrouz Karawya, in order to have a closer look at the project, how it started, its aims and goals. 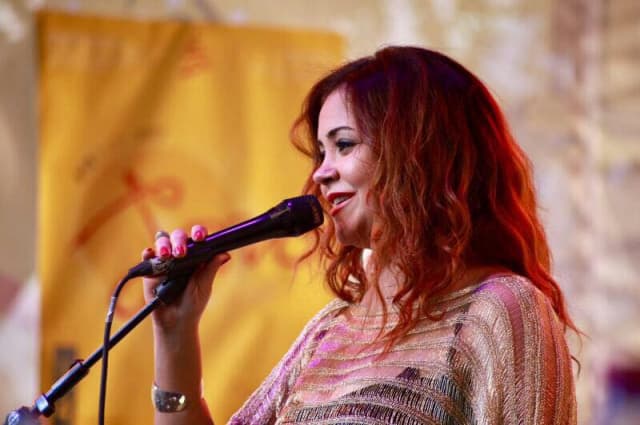 We started the interview by asking Fayrouz about analyzing the cultural content in terms of gender, and her answer came that analyzing the cultural content involves many aspects including: the political aspect, social aspect and gender as well. This all comes in relation with cultural studies and analysis.  So analyzing according to the gender perspective is only one aspect and is not that prevalent in Egypt; therefore, mixing it with cultural studies is important in order to present it through cultural analysis.

Regarding the difference between «Merayat» and other projects that analyze Drama from a feminist perspective, like the one which is executed by “National Council for Women” or other reports released by feminist NGOs, Fayrouz highlighted that the project aims to the contribution of the drama creators themselves in the process. This is a missing factor in any other project that analyzes women’s portrayal in TV series before. Moreover, when the project tries to know people’s feedback, it will not rely on the social media only, as the team will conduct interviews in streets to guarantee that they receive feedback from various sectors and different social standards too.

According to Fayrouz, the «Merayat» project doesn’t analyze the content but the general perspective given in the series, and this will be clear in the results that are expected to be published in mid-2019.

The project’s logo comes in white, and in the middle of it a woman standing in front of a TV and can see her reflection in it as if it is a mirror. This logo comes in parallel with the project’s name. Fayrouz explained that the logo reflects the searching and the artistic aspects.

Most of reports issued by women’s NGOs in Egypt come out with recommendations to lessen the violence against women in drama and always ask the drama creators to reduce such scenes, and in return this rises a conflict because drama creators refuse this censorship.

Fayrouz emphasized that «Merayat» aims to solve this problem because one of the project’s priorities is to avoid the repeated traditional critical speeches that counteract the drama creators; on the other hand, the projects respects the right of freedom of expression and creativity.

“We collect information about drama creators without any intention to chain them in the way they express themselves because this would be unfair”. She gave an example saying, “How could we ask the drama creators not to show sexual harassment scenes while this happens in reality on a daily basis?”

Fayrouz added, “These scenes reflect reality in streets and without presenting the violent act, the cinema and drama will turn into preaching without any conflicts, and conflicts are what drama works on. If the analysis given aims to censor the series, drama creators must refuse it because this means that we are taking steps backwards instead of improvement.”

With reference to the reports analyzing women’s portrayal in drama which many of the drama creators see it as a censorship, we had to ask Fayrouz about the thing that encouraged her to run a project like «Merayat» which aims to analyze drama in terms of gender, especially that she is an artist and she is definitely against any censorship.

“We must benefit from deep artists’ experience while searching, as in other countries there are many artists who do culture studies. Being aware of drama production and its nature is really vital.” Fayrouz answered.

“To make the drama creators contribute to the research and analysis will help to remove the barriers between them and researchers as they always blame the researches of being not aware of the difficulties they face in drama production. This project will bridge the chasms between the two parties.

As a part of her contribution in the cultural and artistic researches and studies, she published a book entitled “”The Buildings of Chaos”” in 2010, in which she analyzes how cinema portrays slums. She studied and analyzed both films, “Heena Maysara” and “El Limby”

The drama production in Egypt is under the male’s domination as women rarely appear in many roles either in production, or directing, or scriptwriting or even the roles behind the camera. If we look at Ramadan TV series in 2018, we will find that there were only two female producers: Maha Selim and Mona Qotb, and in terms of directing, we will find Hala Khalil , and also Taghreed Asfoury in contribution with Mary Badeer. As for the authors, they were only six.

One of the main goals of the project is to study women’s participation in the drama production. Fayrouz assured that we must deal with male domination in the Drama production like any other industry under male domination because of many social reasons. The project will also study the contribution of women and how this affects the ideas presented in drama series and also if raising the number will positively or negatively affect the masculinity approaches.

Because of Fayrouz’s experience in music field, we asked her if the soundtracks of the TV series are to be studied in the project, but she assured us that this will be in a limited scope as the drama misuse the soundtracks nowadays. She added that sometime they become a disturbing source because of placing them anytime without even the need to use them.

Fayrouz Karawya holds a diploma of free studies from the Institute of Arabic Music in Egypt, specialized in Oriental singing, reading the musical note and playing the Oud

The project includes many stages and the team actually started the first stage by choosing the participants in the monitoring and analysis.  This will be followed by interviews with those who watched the series and deep interviews with the drama creators themselves. After this comes the quantitative and qualitative analysis and then followed by the final report.

We also asked Fayrouz about this awaited report and what she hopes for, and her answer came that the main target is to be objective and honest as much as possible.

Fayrouz is surrounded by many papers where she writes notes concerning the project; meanwhile, she resumes her interviews and training in preparation of the monitoring phase, which means that «Merayat» is taking a lot of her time and this is what she assured at the end of the interview, “this project will affect my music production, but I decided to dedicate this year to «Merayat».”